The first Czech biomethane plant processing the agricultural waste started its trial operation. Thanks to it, the Agricultural Cooperative in Litomyšl can start the development of biomethane use in the Czech Republic

The biggest project of this year, implemented by the companies HUTIRA – BRNO and HUTIRA green gas, has been given the green light. The biomethane station of the Agricultural Cooperative of Breeders and Growers Litomyšl started trial operation. This is the first biomethane production technology in the Czech Republic that is connected to an agricultural biogas station, a CNG filling station and gas injection into the GasNet gas network.

The HUTIRA – BRNO and HUTIRA green gas companies participated in the construction of the new biomethane station in Litomyšl, which is an innovation of the existing biogas station in the Cooperative’s premises. The project preparation started in 2020 and the building permit was obtained in October of the same year. In June 2022, intensive work on the site related to the technology began. “The plant is currently in trial operation, the technology will be handed over to the investor by the end of 2022,” reveals Mr. Ivo Hutira, Managing Director of the HUTIRA – BRNO company.

This is the first case in the Czech Republic where a connection to an agricultural biogas plant is utilized. “Renewable natural gas” is produced there from biogas made from cow manure and agricultural crops. It is then injected into the existing GasNet gas network. In addition to upgrading the biogas to natural gas quality, the biomethane plant in Litomyšl also includes a unit that injects the biomethane into the high-pressure gas pipeline. The biomethane produced in this way, in addition to being injected into the network, can also be used in a CNG filling station for cars and trucks situated several kilometres away.

We have used innovative technology and approach

The newly commissioned technology includes a set of several devices. The raw biogas first goes to a pre-treatment unit where moisture and sulphate are separated from it. From there, then it travels to the upgrading unit with a three-stage membrane separation, which converts the biogas into biomethane of natural gas quality. “The biogas upgrading unit purifies the biogas to a concentration of at least 95 percent methane content using membrane separation technology in a processed volume of 160-360 Nm3/h of biogas,” explains Mrs. Monika Zitterbartová, Managing Director of HUTIRA green gas, which participated in the project and  specialising in biomethane production technologies under the HUTIRA brand.

In the course of the implementation, we were not only faced with technologies, the great challenge for us was also the need to change the thinking of the gas sector representatives. “They were used to the idea that gas installations had to be approved first and only then could gas be piped into HP pipelines or connections. So we had to convince the gas companies of our opposite view. That is, in order to approve our station, we first need to inject gas into their facilities. Of course, within the parameters which suit the gas system. We were persuasive and soon gained their understanding of this change. In the end, everything was successful and we are grateful for the gas company’s helpful attitude,” said Mr. Ivo Hutira.

The advantages of the agricultural biomethane plant in Litomyšl include the fact that its technology for purification to biomethane is simpler as compared to waste biogas plants. The biogas feedstock is virtually the same in terms of quality. On the other hand, in the case of waste-to-energy plants, the quality can vary due to composition of the waste used. 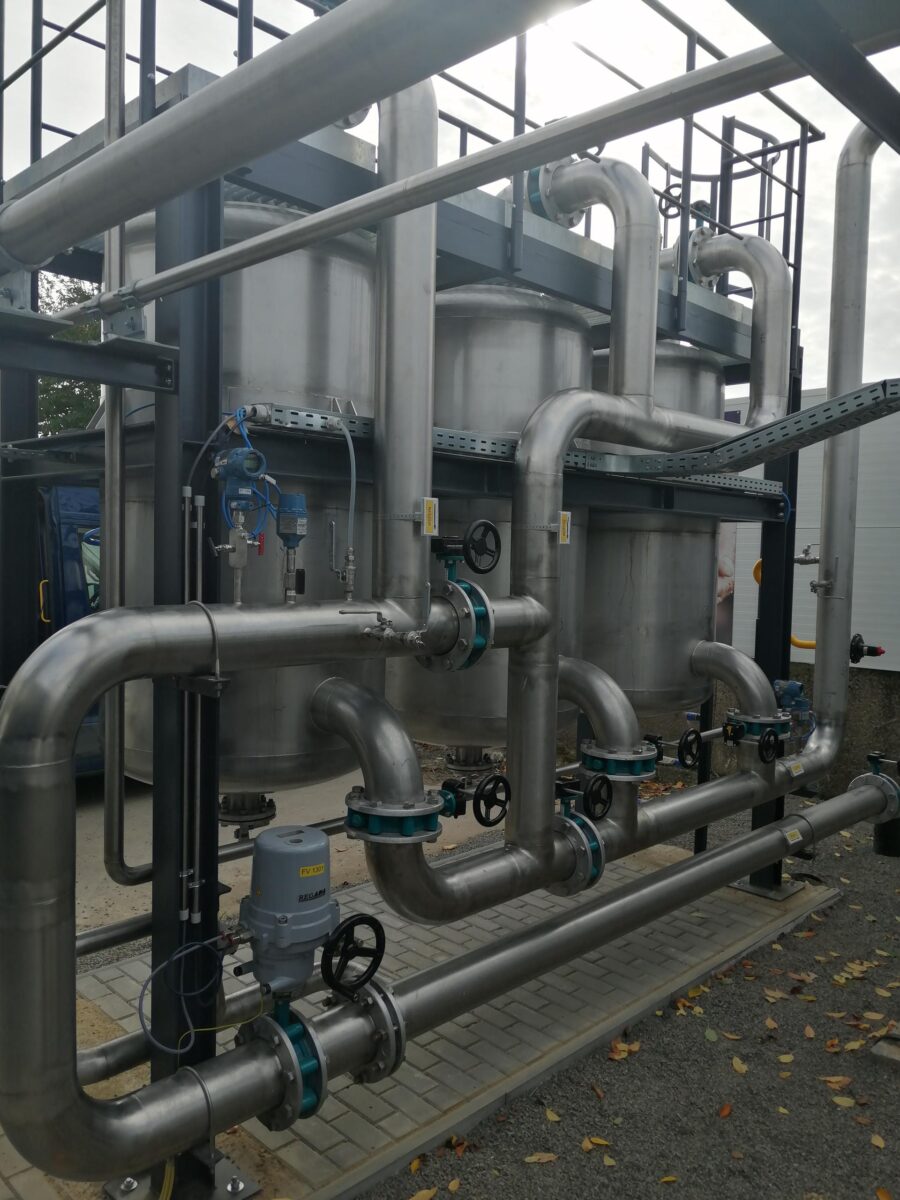