Biomethane as a way to greater energy self-sufficiency. In the future, it could replace 5 percent of current natural gas consumption

The HUTIRA Group is thoroughly monitoring the future of the energy sector in the Czech Republic. It sees great potential in the use of biomethane, which is currently the most cost-effective sustainable substitute for natural gas.

One of this year’s largest projects is therefore the construction of a biomethane plant in Litomyšl, which is carried out with the participation of HUTIRA – BRNO and HUTIRA green gas. “The agricultural cooperative, which is the client of the contract, is already engaged in biogas production. However, the cooperative’s representatives would like to change the technology of its use. Instead of producing just electricity and heat, the new plant will purify biogas to biomethane. It will then be injected into the gas network and used for transport in the cooperative’s own CNG station,” explains Monika Zitterbartová, Executive Director of HUTIRA green gas.

This order fits into the debate on the replacement of Russian gas held across Europe in light of current events. The Czech Republic alone consumes around 8.5 billion cubic metres of natural gas per year. Its possible replacement is biomethane. According to experts, green gas can replace about 5 percent of current total gas consumption. “We should do our utmost to use the Czech potential for biomethane production as quickly as possible,” Ms Zitterbartová said.

According to Ms Zitterbartová, the best way to produce biomethane is to use biogas plants that are already operated in the Czech Republic. There are about five hundred of them and they mostly process manure, slurry and purposefully grown energy crops. The most suitable biomethane production plants are those that can be connected to the gas distribution network. “They should be as close to the network as possible, ideally within 2 kilometres. Longer connections are possible, but this is a matter of project economy. An alternative is the use of biomethane in the form of LNG or CNG station. This needs to be assessed on a project-by-project basis,” says Ms Zitterbartová.

However, in addition to the use of modern technologies, more political will and a change in the relevant laws are needed to construct new biomethane plants and to make the process of implementing such projects more flexible. More favourable legislation would allow not only the conversion of existing biogas plants and wastewater treatment plants to biomethane plants, but also the construction of new sources using mainly biodegradable waste, which makes sense especially from the point of view of circularity.

The experience of some countries shows that biomethane can play an important role in the replacement of natural gas. In the Scandinavian countries, for example, biomethane has more than half the share in the distribution network. “There already are technologies for energy self-sufficiency in the Czech Republic. This can be demonstrated by the project of a biomethane plant in the agricultural cooperative in Litomyšl, which is being implemented by our company this year. However, a change in the energy strategy of existing biogas plants and wastewater treatment plants will be necessary for a faster growth in number of similar plants. We are a technology company that strives to seek alternatives to make the most efficient use of technical possibilities and thus strengthen Czech self-sufficiency. In addition to biomethane, we also focus our attention on, for example, the use of hydrogen and carbon dioxide,” concluded Monika Zitterbartová

More information on this article can also be found in the media, e.g. here. 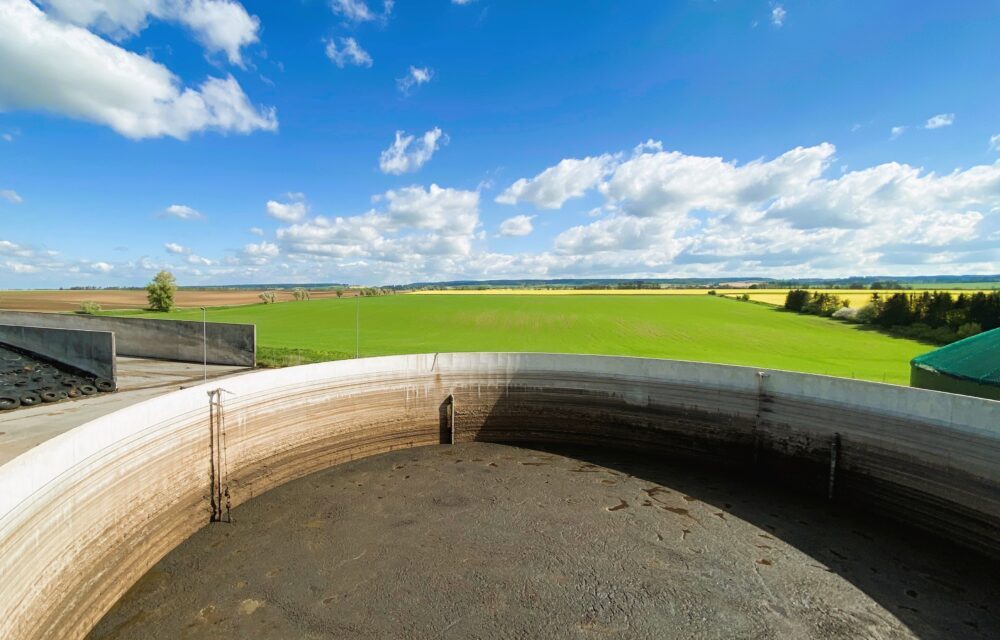